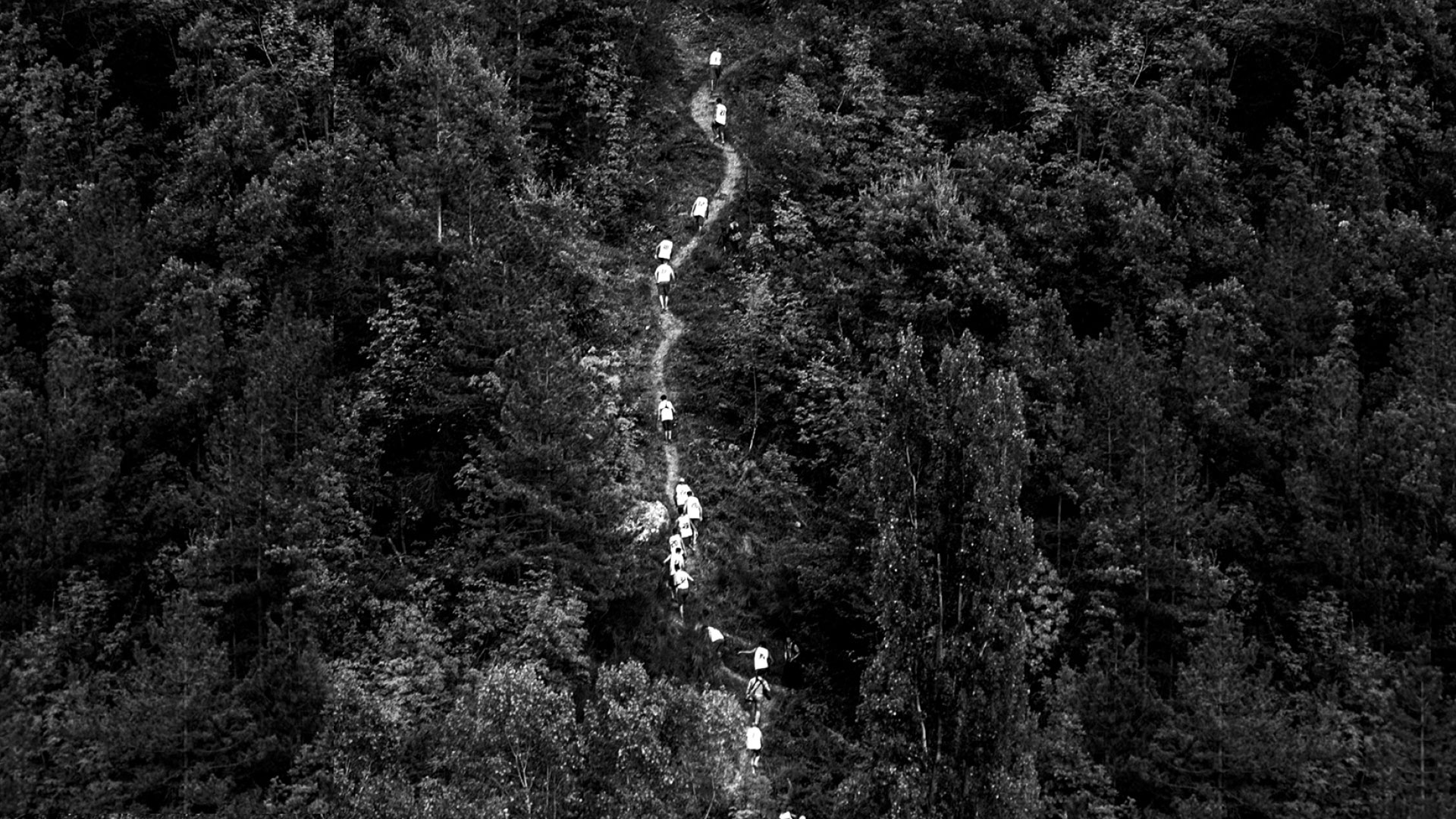 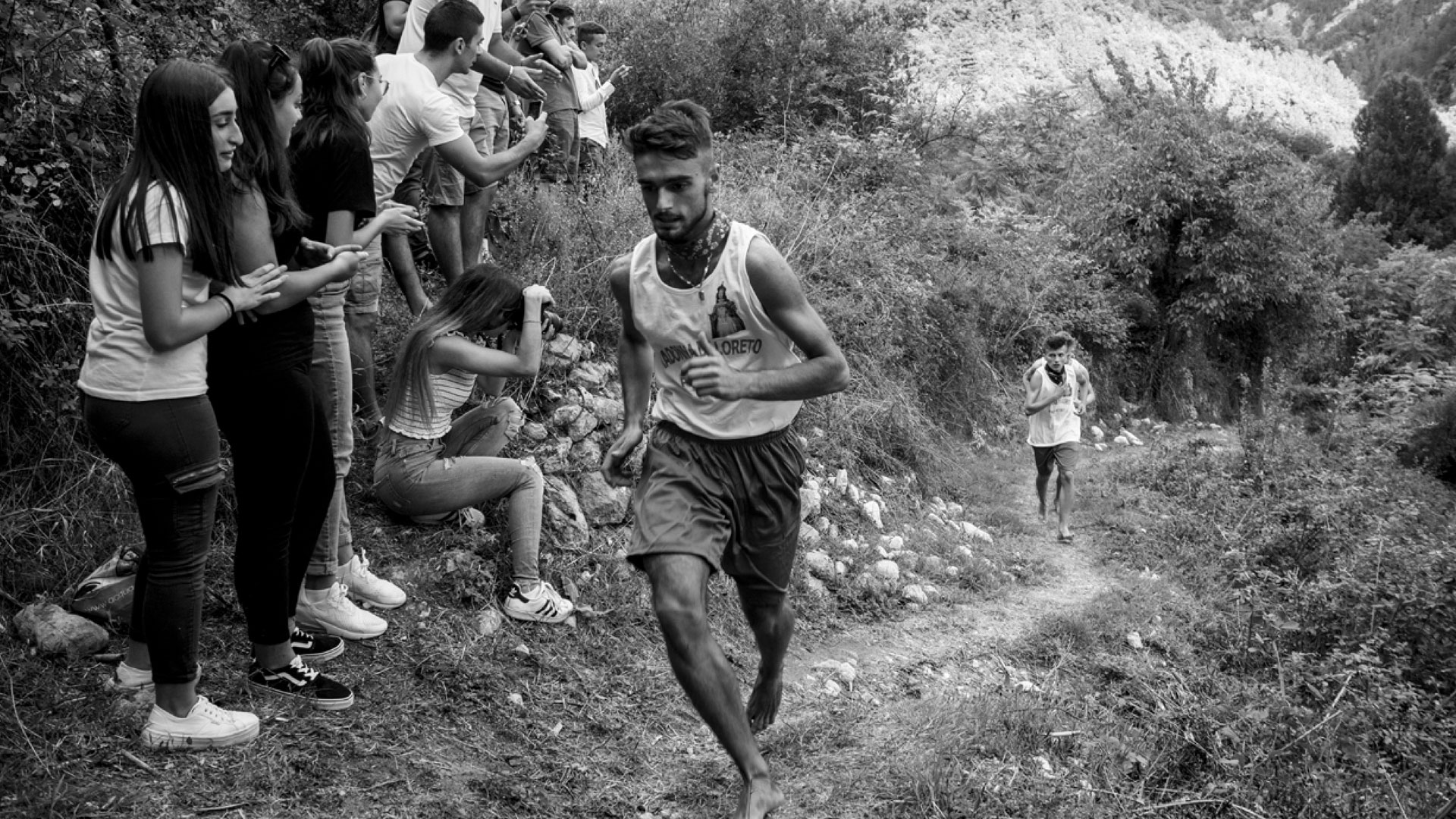 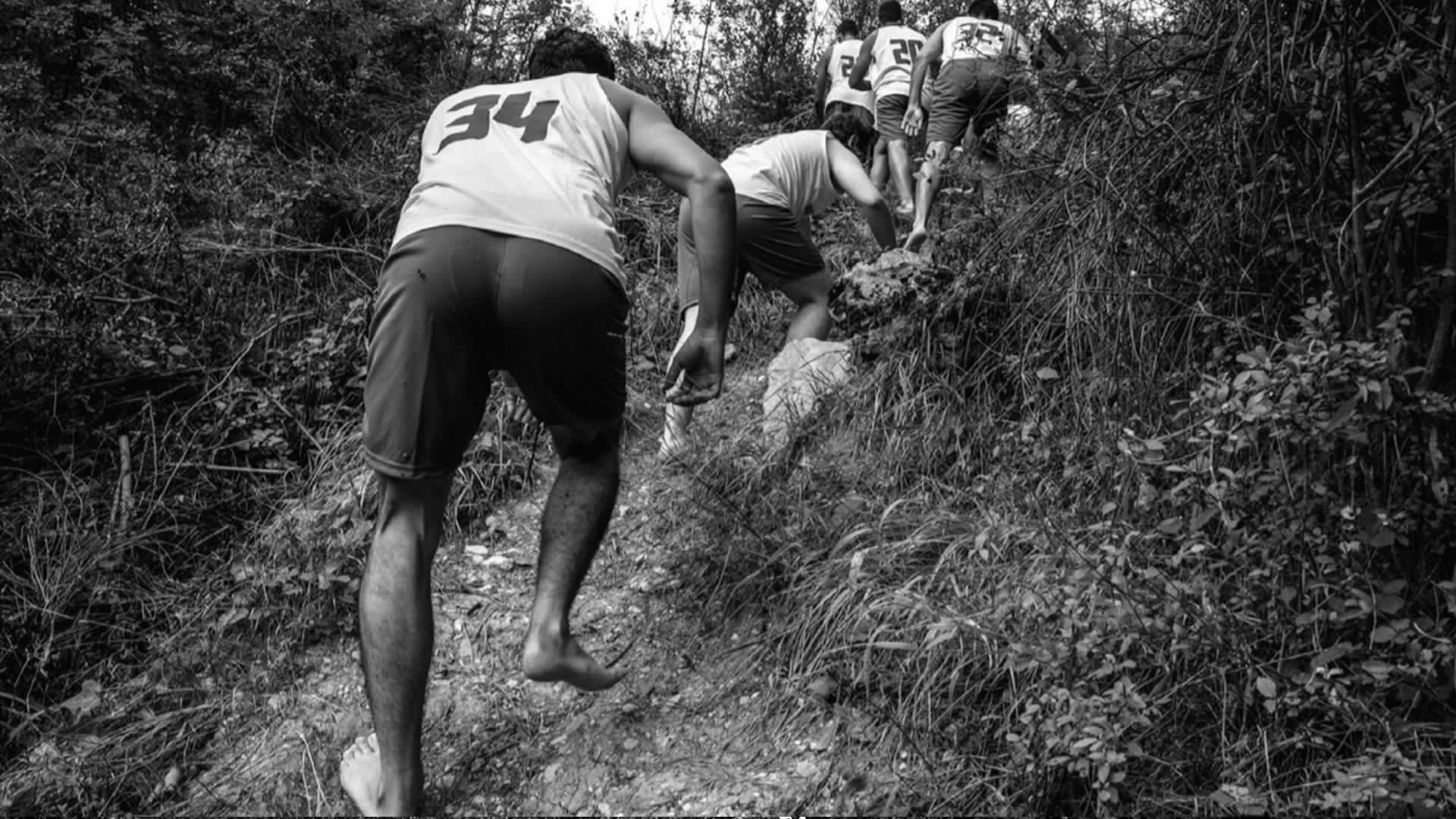 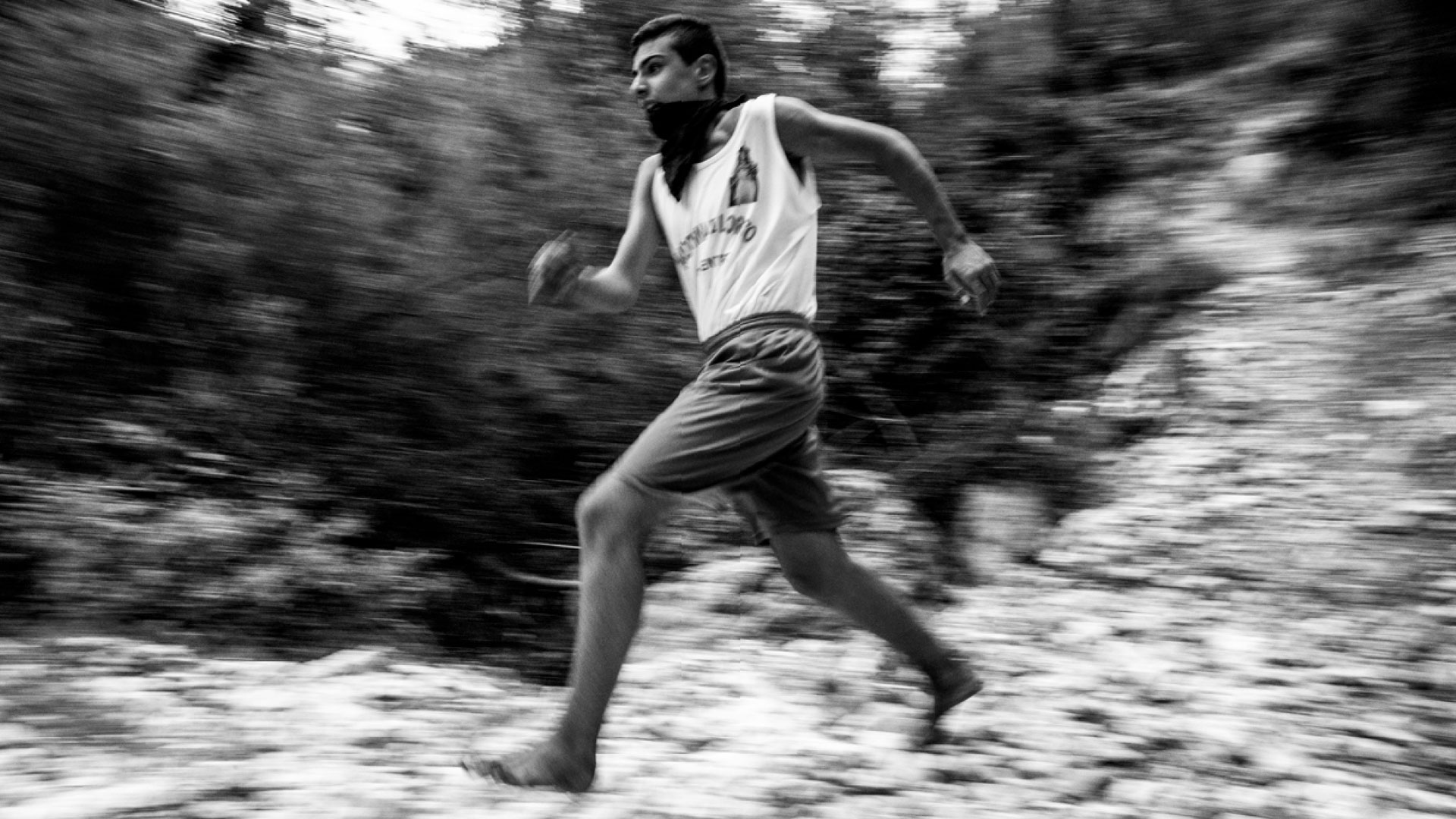 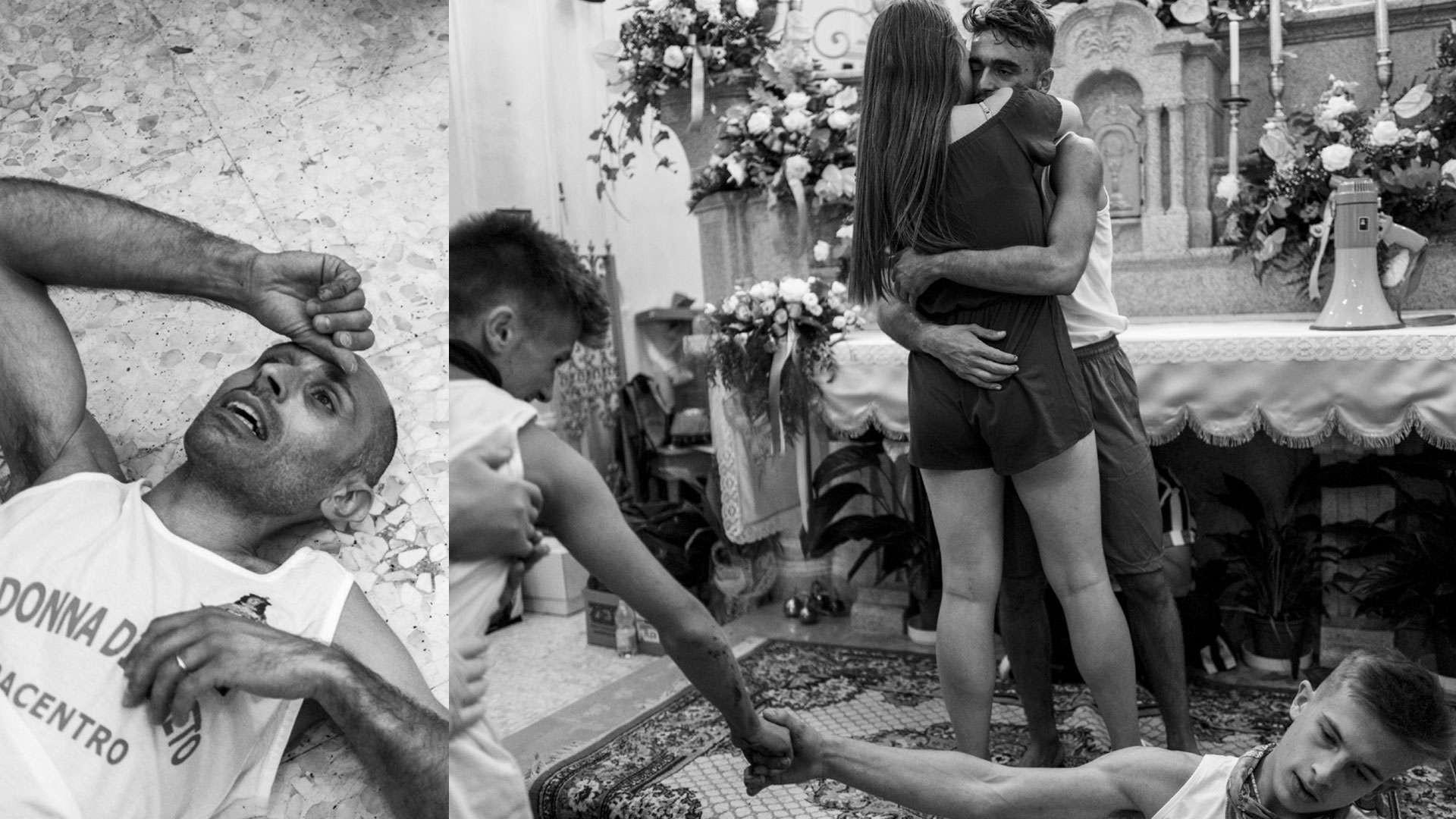 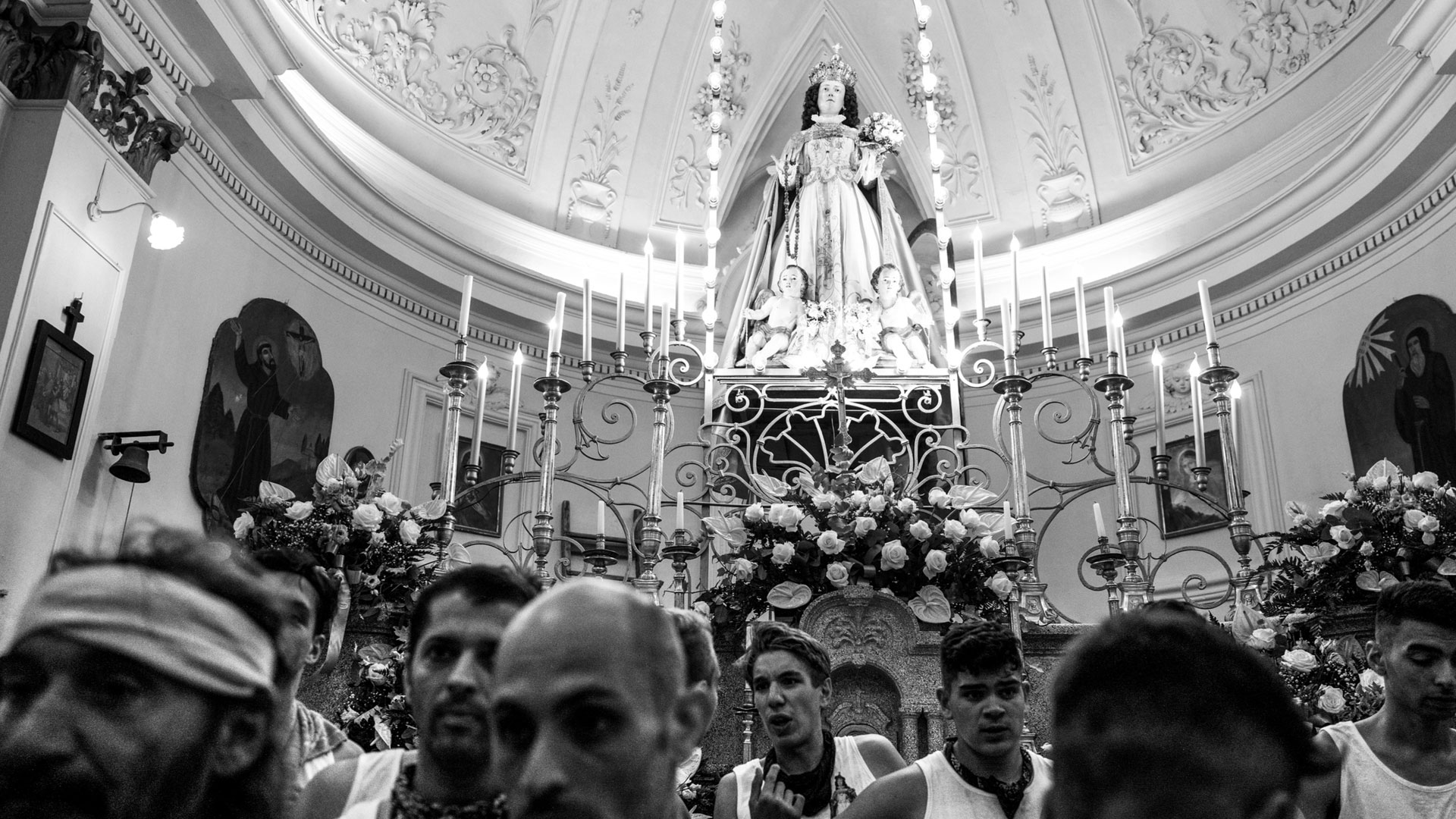 The race of gypsies

“Life is a mystery, everyone must stand alone I hear you call my name And it feels like home…
I have no choice, I hear your voice Feels like flying I close my eyes, oh God I think I’m falling
Out of the sky, I close my eyes Heaven help me”

Dozens of bodies of all ages lie on the ground with their feet turned to the sky. Huddled together on the icy marble of the small church. There are those who complain in pain, those who cry with joy, those who pant and catch their breath. And also those who – corroded by fatigue – can’t help but leave a little splatter in front of the apse of Madonna di Loreto. Do not think badly. We did not take part in some kind of cruel voodoo ritual. This is simply the epilogue to the Race of Gypsies in Pacentro. An event far beyond folklore, that has involved excited pacentrani (and others) for more than 560 years.

The occasion is too good for us not to sneak the track Like a Prayer by Veronica Ciccone – in the artistic world known as Madonna – into the background, like a soundtrack that is simultaneously sacred and profane. Without taking away from the Queen of Pop, whose family coincidentally came from this village in Abruzzo, the true stars of the day are the daring runners, who partake in this ancient event. Which, like the aforementioned song, finds its origins in the middle ground between pagan rites and Christian traditions. An annual re-enactment that unfolds into a journey as simple and as powerful as the emotional impact that it has: on the first Sunday of September, a group of men (all strictly from the village) climb and run barefoot along the Colle Ardingo, which scrutinizes the opposite side of the country. They cross the river Vella and go back up the walls of the town towards the church. They also punch, if it helps them to win. The race lasts for five or six brutal minutes, condensed proof of strength and endurance, in which they slaughter their feet in order to be the first.

A lot of sacrifice and violence. And for what, you may ask. Let’s try to make things clearer: the term Gypsy does not refer to nomadic people. It described the barefooted, in the past, who did not even have the money to buy a pair of shoes for themselves. In fact, the religious theory associates the event’s roots to the flight of Madonna di Loreto from the house of Nazareth to Marche. It saw her settle down on Colle Ardingo, then reach Pacentro on bare feet (thus, prescribing it a place of worship). The most realistic pagan version is based on a sincere act of social revenge, however: in the Middle Ages, the poor people who ran naked to reach the finishing line, aspired victory as the winner was granted a place at the prince’s court as a prize. Other reconstructions speak of the role of a cadet in Giacomo Caldora’s army – a historical figure of great renown in this area – as a reward for the winner.

Like any other remote custom, the race has taken on new forms and applications over time. This, however, never affected the emphasis and the spirit of belonging the pacentranean runners and supporters feel. From the original run, to its recent class upgrade, we have moved on to a prize made of a piece of cloth: a symbolic material to embroider a dress which is still erected as a flag for the winners. And further to the cash prizes for those who cross the finish line nowadays. The concept of the winner is no longer so individualistic. For their sporting character, minor rewards are granted even to the last ones to classify; to the youngest; to those who hurt the most and those who reach certain obstacles the earliest. The awards, however, don’t seem to be the participants’ true objective any longer. It is enough to admire the attitude and emotional strength before, during and after the competition. Veterans over the age of fifty find the courage to go back on track, vehemently criticizing the motivational drive of youngsters in a singular claim of seniority. Fathers, children and grandchildren, share hard training and get ready to then compete on the same pavement. The young ones, in staggering hesitation, repeat “Who made me do this?”, even while singing up for the race. There are also those who have prepared for months, determined to win without compromise.

Walking through the town barefoot, trying to harden their feet on the bare rock or resorting to miraculous vinegar packs. Different profiles, but all marked by their authentic and genuine will. Like a nice Italian-American gentleman – with ancestors originally from Pacentro – who claims to run for an ideological and purely territorial link: “My family was born here. So this place is in my heart and this run is in my blood.”

Here is what the Race of Gypsies may portrays: a concept of brotherhood devoted to the territory that moves in a sprint over the static values of faith and glory; finding a nest in the community of the Abruzzese village, with the idea of keeping local customs alive and powerful. The last confirmation is given to us by this year’s winner, eighteen-year-old Simone di Loreto, excited but composed, before he is taken away on the shoulders of his companions and led triumphant along the perimeters of the square: “Two years ago, I broke my feet running and was forced to stop. Starting again and winning was fundamental to the tradition of my family in Pacentro and to overcome the fear after my injury. Suddenly understanding everything when you get up on the top and finding the strength to throw yourself in with closed eyes, collecting speed, at the sound of the bell. Only then, do you really understand the value that this competition is able to convey”.