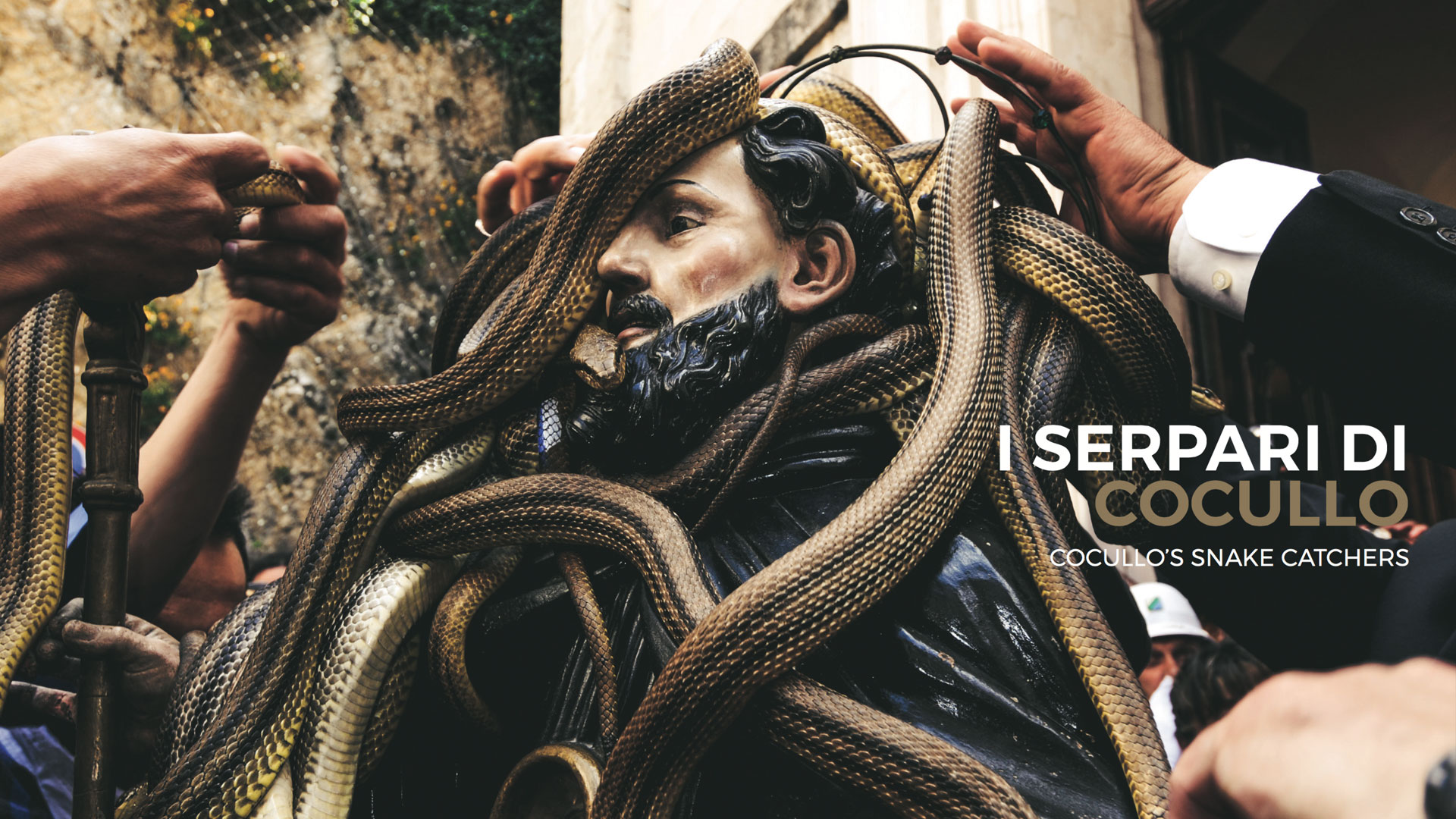 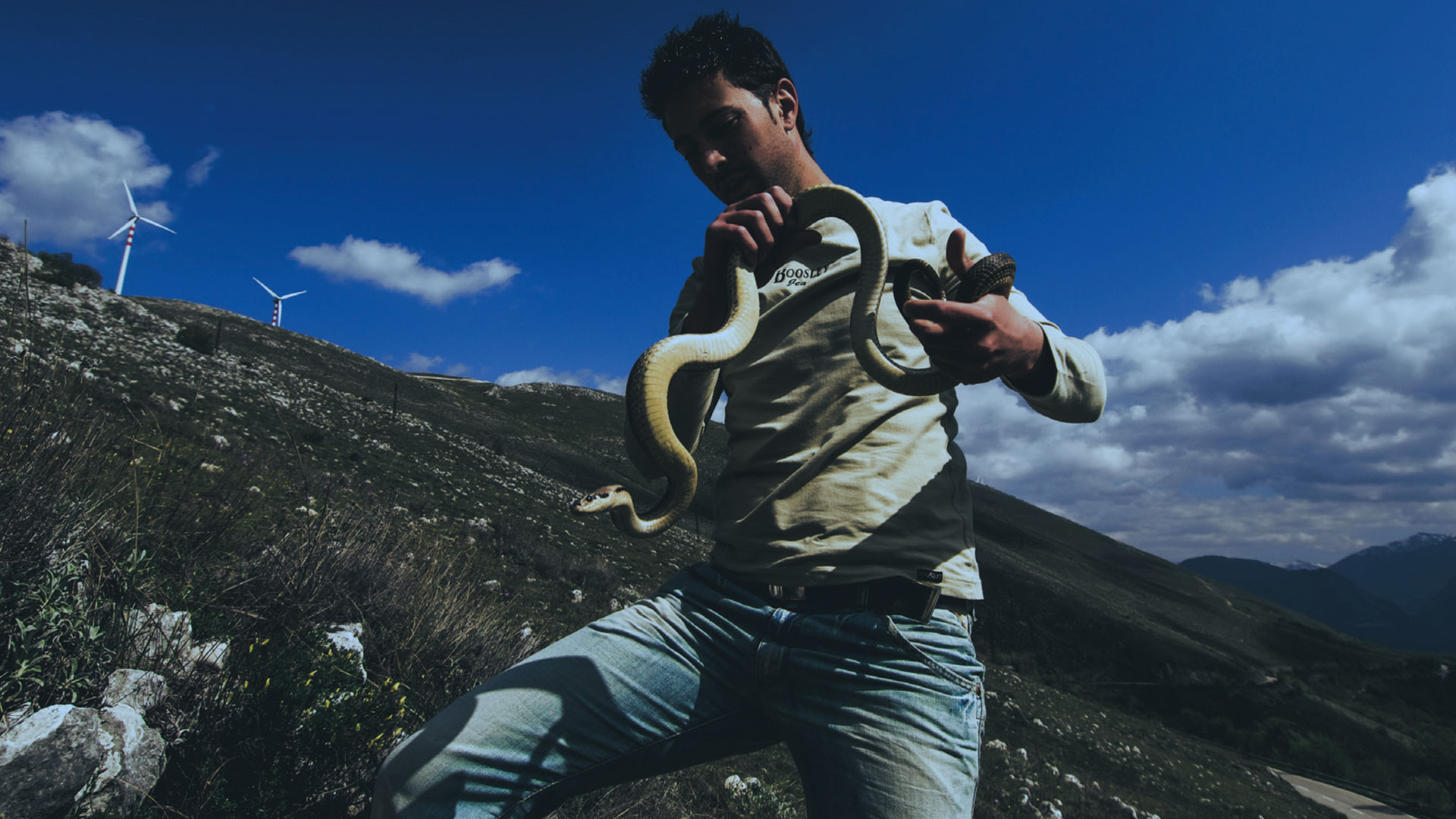 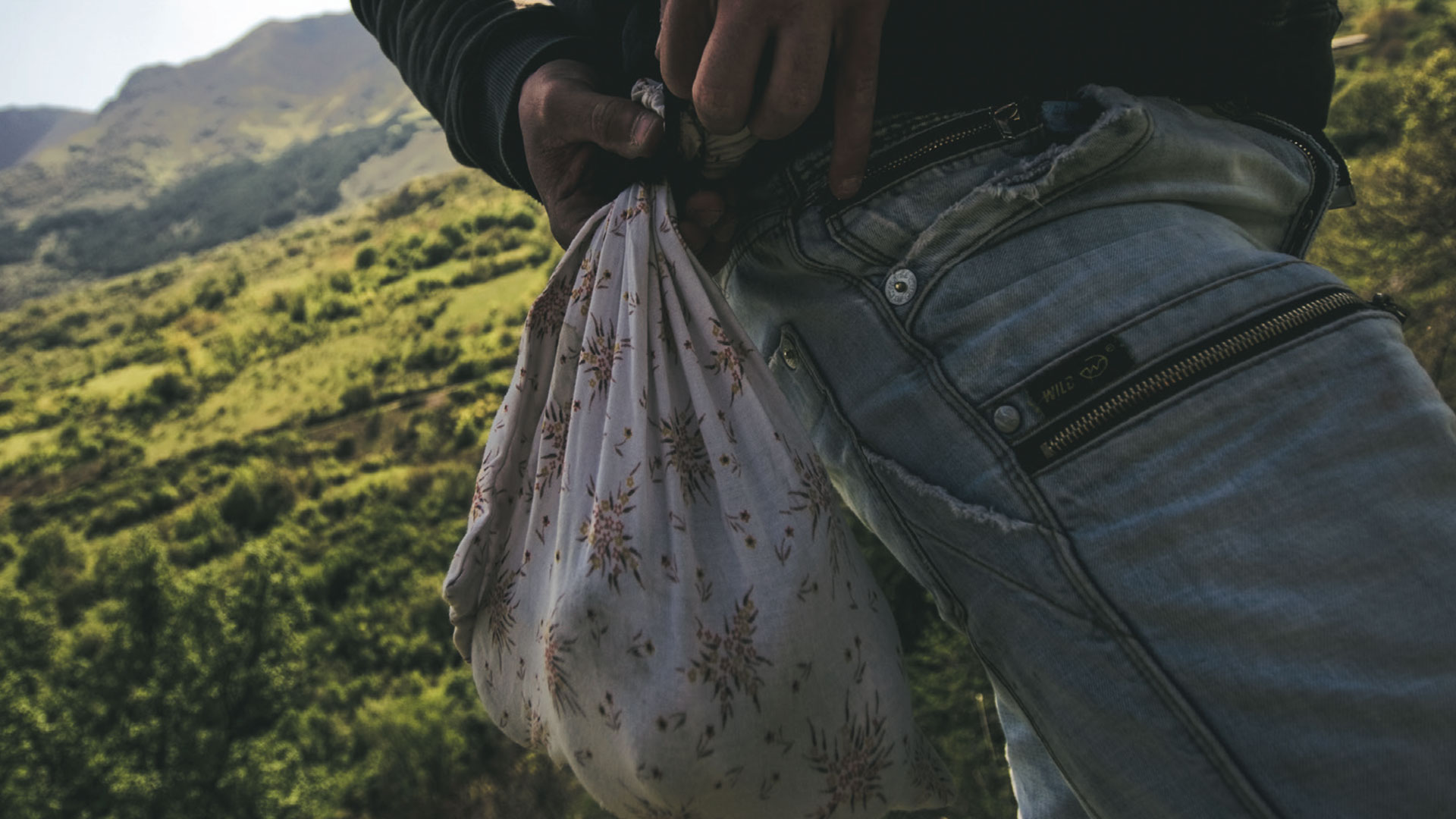 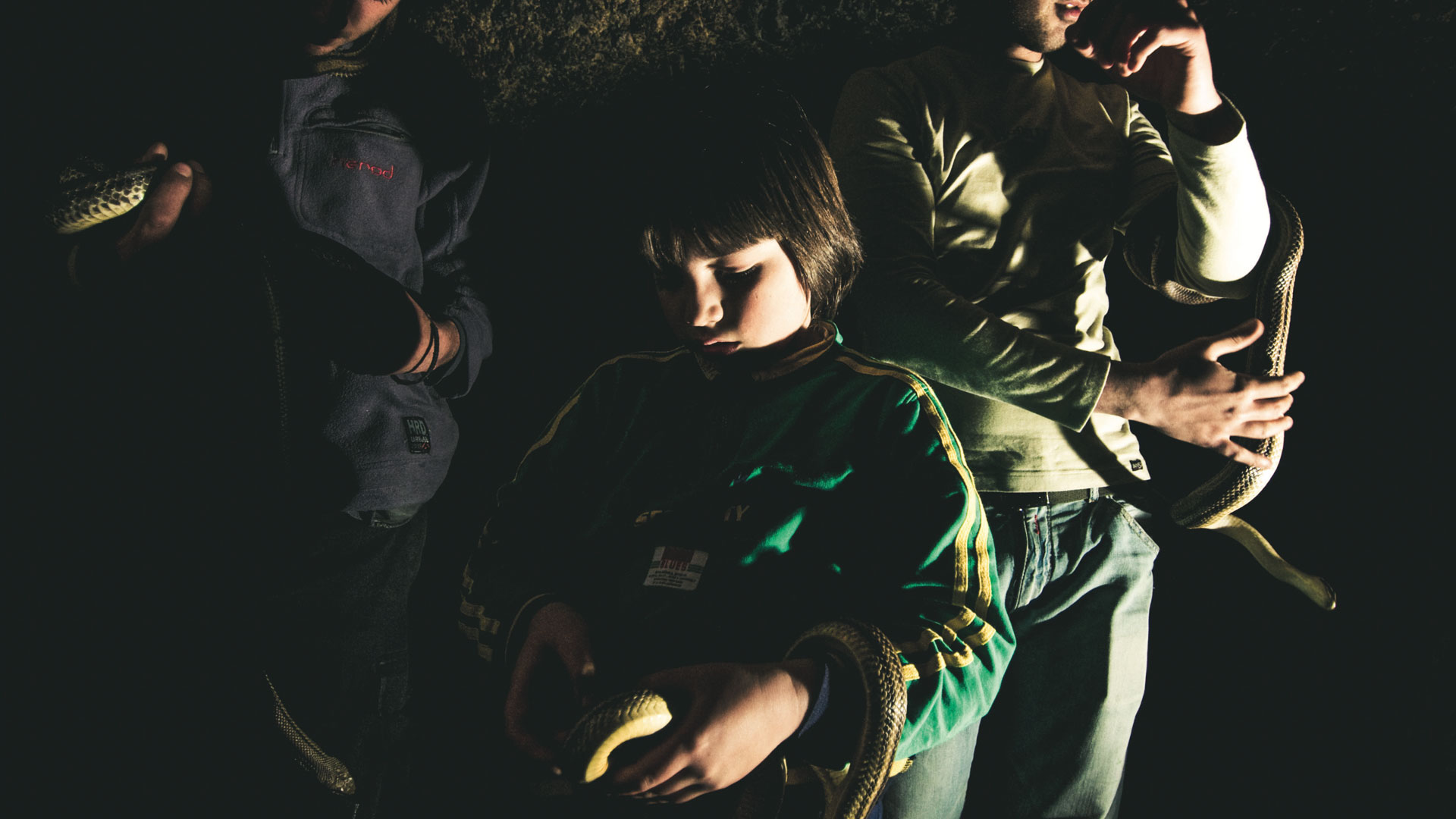 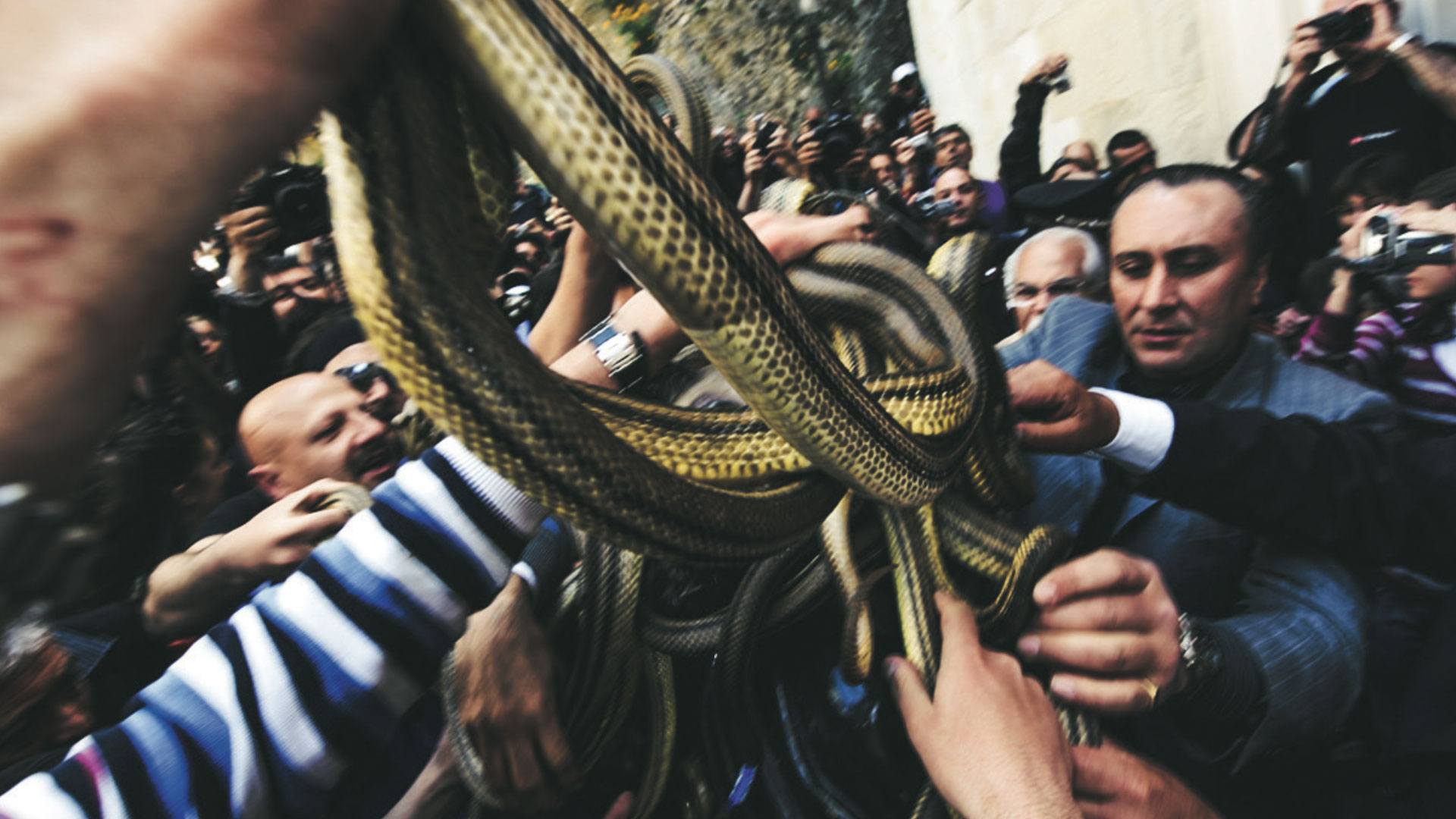 “…every family of the village takes care of one or more snakes that will then be offered to the Saint.”

The church bell of San Domenico in Cocullo rings clearly, the rope pulled by the teeth of a thousand pilgrims who have flocked here from all over the world. So begins a religious festival that is deeply rooted in a pre Christian era. A time when the ancient Italian people, the Marsi, used to worship the goddess Angizia, known as the protector from poison. The Region of Abruzzo is this as well: modernity suspended between past and future. For centuries, the insurmountable mountains, the harsh and rugged gorges and the glaciers with their eternal snow have protected this land and preserved popular culture. The Ancient, sometimes even the Primitive, dwell here and it is clear for all to see in the old streets of this small town, invaded by people in procession and snakes.

The procession begins when the statue of San Domenico, a Benedictine of the Apennines who founded various hermitages on the mountains of Abruzzo, exits the church. The snake catchers – Serpari – await in the square, ready to offer the saint the snakes they have caught over the previous months and fed with great care while wai- ting for this event. Slowly, the Serpari approach the statue and gently lay their reptiles on it until it is covered in snakes. There is something magical in the relationship that is forged over time between earth and religion, between nature and myth. The initial distrust and fear melt away in a cathartic and propitiatory rite: for health, land and souls.

My eyes rest upon these snakes, on the concentrated gaze of Serpari and of the people following the procession. A breathtaking event that explains Abruzzo better than a thousand essays and sociological treaties. This land, above all, is tradition, innovation, rites and modernity bonded together in an indissoluble and intimate embrace. Something that has always been and will always be.